Is Downsizing the Right Move for You?

To own or not to own? Downsizing may not bring on the savings you expect

People approaching or in retirement often face a housing dilemma – should you own a detached house or condo/townhouse, or should you rent a house, condo or apartment? Both ownership and renting come with myths and landmines.
A traditional benefit of ownership is building up equity in the property, namely the value of the home or condo minus the amount of mortgage owed. Other people prefer to rent, with less trouble and cost of dealing with repairs, while freeing up funds and often enjoying greater amenities than they could afford to buy.
Historically low mortgage interest rates have attracted people to buy homes and condos. Variable and open mortgages seem almost free, but when rates start going up in a year, will you be willing and able to pay more for the security of fixed and locked-in rates?
With ownership, a popular approach has been to downsize in retirement, buying a smaller house or condo, perhaps a bungalow with fewer stairs for aging bones to climb, while pocketing the difference in price to help cover living expenses. But former TD Bank Chief Economist Don Drummond has cited studies showing that retired people moving into smaller houses tend to buy all the latest amenities they could never afford while raising children, like giant TVs, hardwood floors, granite counter tops and Jacuzzi tubs. In the end, many spend as much on a smaller house as they did on the previous larger one.
Home ownership as an investment is also becoming questionable in some markets. In July the Teranet-National Bank Home Price Index showed that the average resale price of homes dropped 2.3 per cent in Calgary and 0.73 per cent in Edmonton from June. Values were down 3.36 per cent in Calgary year-to-date, while up a meagre 0.42 per cent in Edmonton. Dividend-paying equities and even bonds might be better investments. People who are house rich and cash poor face two potentials money traps, a home equity line of credit (HELOC), or else a reverse mortgage usually pitched by an aging television actor in commercials. Both strategies may essentially make you pay for most or all of your house a second time. A HELOC is sometimes considered a second mortgage, but allows you to borrow the equity in your home at a much lower interest rate than a traditional line of credit, although higher than a variable mortgage rate. You don’t get the full amount of the loan upfront, but take out as much as you want and pay back what you withdrew plus interest on the amount.
With a reverse mortgage, a homeowner borrows money against their home equity and receives regular payments from the lender until the equity withdrawn plus interest charged reach a credit limit, at which time the lender either gets repayment in a lump sum, including significant fees, or takes possession of the house.
Garth Turner, financial author and former federal Minister of National Revenue, describes reverse mortgages as being “great for people who hate their kids,” because much or all of the value of the house goes to the financial lender, instead of to the homeowners’ children as an inheritance.
In addition to property taxes and repair costs involved in home ownership, condo ownership also entails fees and possible special assessments, especially among units slapped together quickly during building booms. One St. Albert couple, both seniors, went into debt to buy a new condo built in 2007, as an investment property, only to face $15,000, $7,000 and $4,000 in special assessments on a unit that’s falling apart and nobody else will buy. Check out the minutes of condo board annual meetings, financials reports and the reserve study fund. Renting also has potential problems. Payments can drain retirement savings without building up equity, rent can be increased at inopportune times, and some landlords take ages to make repairs. For many people a good strategy is to sell a large house or condo as you retire, use the proceeds to rent for a number of years, and preserve your retirement savings to be spent when you later move into a seniors’ lodge or nursing home.
Edmonton Senior News – Ray Turchansky
Our debt and credit counselling specialists at AC Waring & Associates in Edmonton can help you deal with any debt overload you may have. We provide debt help in the Edmonton area and Northern Alberta, including debt consolidation, financial restructuring, credit counselling, consumer proposals and bankruptcy proceedings. Call us in at 780-424-9944 or 1-800-463-3328. 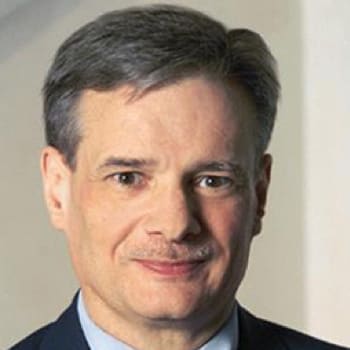